I recently had a conversation with a friend over something odd.  If the largest stadium were full, what size city would it be, and would it be the largest city in the state.

As it turns out when full, Mountaineer Field in West Virginia is the largest City in West Virginia. Probably most surprising is FedEx Field is the second largest city in Maryland (well in years where the 'Skins aren't completely terrible.)

I put together a map illustrating the relation between stadiums and states. 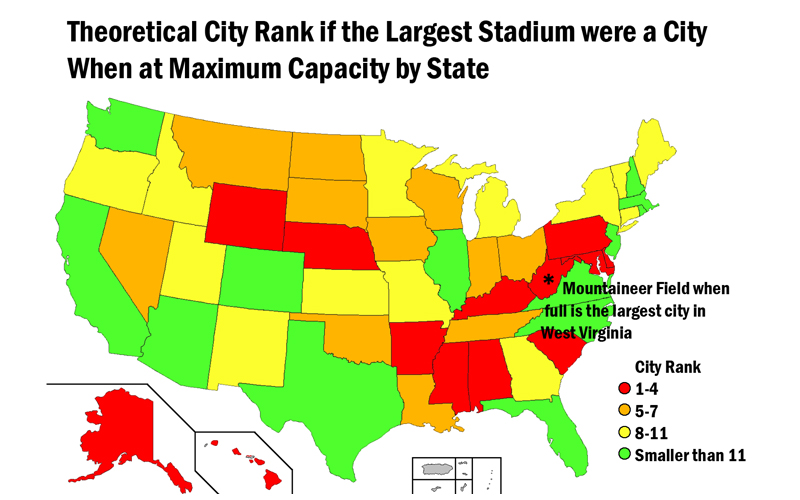