Yeah it looks like someone wants attention. And apparently Ted Nugent didn't commit suicide in 2012 like he promised. Eye roll.

Well... President Obama did attend Trinity United Church of Christ for around 16 years...  so yay excuse to republish this image! 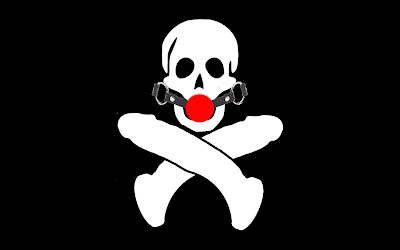 And remember to yo ho blow the man down, just not Ted Nugent. The idea of him naked makes my dick shrivel and my asshole clench.

In honor of International Talk like a Pirate Day, I created this flag to celebrate a certain kind of pirate. I'm talkin' 'bout Butt Pirates of course.


Go get some booty!